The judges – Victoria Hislop, Rosanna Ley, Katharina Bielenberg (publisher at MacLehose Press), and Tina Hartas (founder of TripFiction) – have completed their deliberations. They congratulate all entrants on the very high standard of manuscripts this year. From the hundreds of entries, they have selected the three prize winners. These stories were very strong on the location in which they were set and on the story itself. The quality of the writing was excellent too!

The three winners are set out below. Just click on a title to be taken through to the story itself.

‘October, 1940’ by Vicky Grut, set on the Trans Siberian Express

The story of a young, pregnant Swedish wife travelling back from Asia to Sweden while her husband heads off via Canada to sign up to fight for the British army in the war against Germany. She shares the compartment with a Swiss anti-nazi and a Russian couple. The story describes both her experiences on the train and what happens when she reaches Moscow. The story is a strong one, and also very evocative of the train carriage location and the countryside through which they travel.

‘The Pigeon Wallah’ by Anita Goodfellow, set in Jaipur, India

A man, the pigeon wallah of the title, is employed by a hotel in Jaipur to scare away the pigeons from an inner courtyard of the hotel. His daughter works as a gardener in the grounds of the hotel. She receives what for him is unwelcome attention from one of the guests. The intrigue builds as the story develops, and moves to a dramatic conclusion. The story is ingenious and the location of Jaipur comes through strongly, as we experience the colours and smells of this magic city. 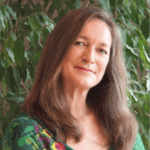 ‘The Violence of Snowflakes’ by Louise Mangos, set in Leysin, Switzerland

The story is set in the Swiss Alps as the first major snowstorm of the winter season blows through. The morning after the storm the weather is perfect and a recently arrived (but experienced) Brit heads up to the powder. Disaster strikes and is beautifully related. The story describes a very moving account of what follows. The Violence of Snowflakes succeeds both as a story and because of the amazing location of the Swiss Alps where circumstances can change so quickly.

Below is the Shortlist of 10, in no particular order, from which the final winners were selected, and the Longlist of 20 that was whittled down to the Shortlist

The Shortlist of Ten

The Longlist of Twenty

Our congratulations to all the winners and to all those who made it onto the Longlist or the Shortlist. Very well done!

The Kimono Tattoo by Rebecca Copeland, crime mystery set in Kyoto. #audiobook narration by Theresa Bakken This is one...

The Dictator’s Wife by Freya Berry, novel set in a fictional Communist Eastern Bloc country. BBC Between the Covers...

Overnight to Innsbruck by Denyse Woods, a novel of train travel (Cairo and Khartoum) #fromourbookshelves I love it when...

We are delighted to offer 3 copies of To Kill a Troubadour by Martin Walker, no15 in the DORDOGNE...

The Memory Keeper of Kyiv by Erin Litteken, dual timeline novel set in 1930s Ukraine and 2004 Illinois. This...