Novel set in Northern Ireland and the Republic of Ireland

Siren by Annemarie Neary, novel set in Northern Ireland and the Republic of Ireland.

A disturbing and atmospheric thriller set in the present and travelling back to the time of the Northern Ireland Troubles. 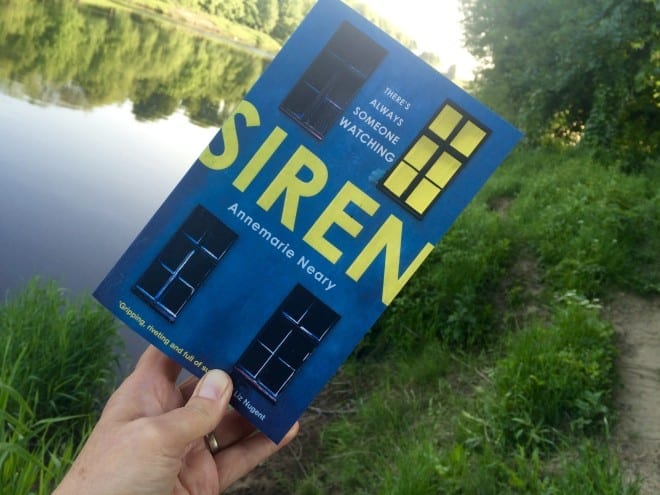 I was tempted to rate the book down as I found some of the Belfast scenes very disturbing, and the book information gives no indication of this. For those who cope better with underlying violence, this book well deserves a 5.

Sheen, needing to escape her past, finds herself in New York, making a new life and identity for herself. However she is drawn back to Ireland, to try to resolve the events of 20 years before that have shaped and changed her.

After a confusing opening (which becomes clear later on) we find Sheen on the wind and rain swept Lamb Island off the coast of Ireland, where she stays in tiled floor basic bungalow with a log fire – idyllic in the sunlight, but cold and scary in the dark. The evocative storytelling draws in the different characters of the island, from the cheery Cat who runs the pub and only internet link, to the charismatic Dutchman, Boyle, who is a strange but accepted member of the local community, adds more interest as he stealthily watches Sheen as she settles in and enjoys her runs around the island, while she waits.

The action then moves to 20 years previously, and Belfast. Sheen was then a schoolgirl, going by a different name, and the events described at this time of the Troubles I found deeply disturbing. There are some very unpleasant scenes, which come across as completely realistic – a tribute to the writing of Annemarie Neary, but make for difficult reading.

The final part of the book returns to Lamb, where Sheen’s wait is nearly over, and a climatic end approaches.

The author draws the reader completely into the story. The very different, but both threatening in their own ways, atmospheres of fictional Lamb Island (which borrows some of its geography from Cape Clear, the most southerly island off the coast of west Cork) and Belfast are depicted well – the bright lights of both places hiding the struggle for survival by both sets of residents. The characters all come to life in this dark tale of suspense and fear. I found the Belfast scenes so frighteningly plausible, that they overshadowed the excitement of the rest of the book. If you can cope with strong suggestive violence, then I recommend this book. If, like me, you prefer to be less disturbed by your reading, then avoid this one.

Emma for the TripFiction Team

And for more set in IRELAND here