In an itinerant life of crossing countries and continents, I have loved many places. Just not for long. Because I moved so much as a child, my life was forged in getting to know new places and trying to understand them; to get to know them from the inside, to become a part of them. Which led me, rather naturally, first to years of travel writing and globetrotting and then several moves abroad. But of course travel writing demands a factual approach and sometimes you fall in love with places so bountiful that the feeling can not be wholly constrained by the simple clarity of fact. So then you turn to fiction to fully explore the love of the place and the idea of getting to know it and become a part of it. And then you set out to craft characters and imbue them with the experience of getting to learn about and love these places.

My new novel, Losing Venice, is set primarily in Venice but also is defined by the search for finding a place to belong, a place that feels like it fits your life, so of course setting is a vital part of that exploration. And because my wayward wanderings had also included living in Prague and Greece, I wanted this search for a place of belonging to include places I knew well, places I had fallen in love with enough to surrender to the siren’s call and live and inhabit.

Since the settings of Losing Venice, Venice, Prague, and Greece are places I love and have lived, the challenge was not one of research but rather to write evocatively enough to make these places come alive in the story and become not just a backdrop but a vivid part of the journey of the characters. Even though I knew these places well, I wanted to depict these real life destinations in a tale of people getting to know and learn about them upon seeing them for the first time, to follow the characters as they uncover the secrets of these locations. For me that’s the real magic of place, that first heart-stopping feeling of emotion that makes you want to know more. Falling in love with it, of being an outsider and attempting to overcome this and get to know the places and the people well enough to become an intrinsic part of them.

And because Venice, Prague, and the Greek islands are some of the most popular tourist destinations in the world, there’s that inherent conflict when writing fiction about people living in them. Because these locations are so well-known in the tourist landscape, they’re all places that people have preconceived ideas about. Of course the hope is that when you write about characters living in and getting to experience intoxicating locales for the first time, that you not only manage to make the settings vivid and inspiring but that you offer the readers something they haven’t seen or thought of before, a glimpse of life in these tourist havens that goes further than just a trip and dives deeply into the real life of the location. That you take the readers on a trip that’s beyond the scope of their preconceptions as you craft characters striving to become a part of the local life.

Venice, Prague, and the Greek islands are each places that most travelers have an image and idea of but that idea is often far removed from the reality. All three share the struggle of so many popular tourist destinations of how to reconcile the tension created by a need for modern tourism that often clashes and sometimes conflicts with their desire to remain real and true to their history and origins. The challenge of retaining identity and a sense of themselves when they are all faced with tourism numbers that exceed their native populations is a difficult one.

How to best navigate the future while staying true to the past? Much in that same way, the characters in Losing Venice endeavor to reinvent themselves but also to remain faithful to the very histories that define them as they seek a sense of belonging.

There’s Venice with its thousand years of history and its ethereal existence in between land and sea that often seems so unreal as to be more dream than reality. Nevertheless, constrained as it is by the sea and its setting, Venice remains geographically, in landscape and architecture, much the same as it has been for centuries, yet even still the idea of real Venice is an elusive one. 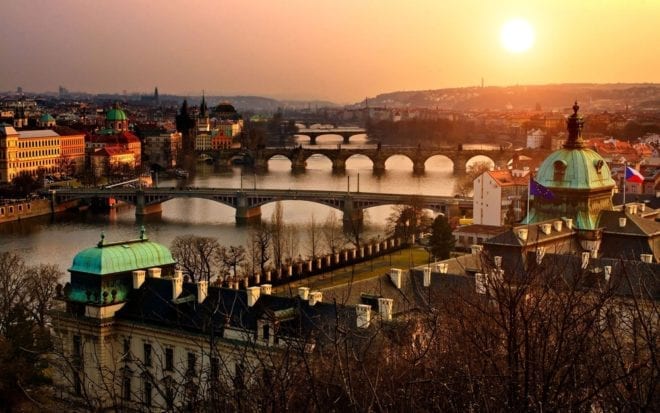 Picturesque Prague also boasts a rich and redolent history. Because the city survived relatively unscathed during the tumultuous 18thand 19thcenturies, you can wander amongst its colorful Gothic, Renaissance, and Baroque buildings and classic cobblestoned streets yet also see many of the changes inflicted by its 20thcentury Communist era. But amidst all that history, Prague was still reinventing itself during the early part of the 21stcentury when Losing Venicetakes place. It was that very reinvention that helped attract not only a newly bustling tourist economy but also legions of expats that wanted to be a part of Prague’s reinvention after its stirring Velvet Revolution, some of which is also a backdrop for Losing Venice.

Then there’s the enchanting Greek islands that are the very paragon of many travelers’ dream destinations, yet where tourism was virtually nonexistent until the latter part of the 20thcentury. Where even now one can vividly witness the clash of modern and classic life seeking to coexist harmoniously. An island like Hydra, where there are no cars and the rugged landscape is still dotted with centuries old windmills and houses of sea captains, and luggage is loaded on donkeys at the small port. Where there’s a palpable feeling of what life was like in simpler times.

Because these are all places I’ve been fortunate enough to live in and learn to love but also all places that are dealing with reinventing themselves, they lent themselves well to writing about the fictional characters of Losing Venice as they struggle with their own reinvention.

Thank you so much to Scott for sharing insights into these wonderful locations, perfect literary wanderlust!

BIO: Scott Stavrou is from Las Vegas and has lived and worked as a writer in San Francisco, Prague, and Venice before moving to the small Greek island he now calls home. He has written fiction and non-fiction for numerous publications in America and Europe and was awarded a PEN International Hemingway prize for short fiction. Losing Venice is his second book. Do catch him on Twitter and more of his writing on Medium or via his website

Venice, Prague, and Hydra are all justifiably well-known tourist destinations but for travelers who want to go beyond the typical visit and see another side of them, some recommendations:

Get further afield than the typical tourist trail and take a traghetto across the Grand Canal like the locals do and visit the Campo Santa Margherita, one of Venice’s most beautiful campos and the epicenter of Venetian nightlife, not only one of the places featured in Losing Venice, but with its many bars, cafes, benches and trees, a great place to sit and sip an Aperol Spritz or a small shadow of wine,un ombra, at the Caffe Rosso where Mark and Sophie first meet in Venice and get to see what Venice is like for those that live there.

Venice typically throbs with more tourists than it can handle but it is not a late-night town. To get to savor the beauty of Piazza San Marco, make an effort to get there in the darkest hours of the middle of the night to have it to yourself and enjoy the silence and soft fall of your own steps on the old stones. Having the Piazza to yourself these days is a rare and wonderful memory that not many people get. Then stroll down to the Bridge of Sighs to see it at as dawn breaks over the basin.

Take a boat to Torcello to see the origins of life in the Venetian lagoon and enjoy your return ride to Venice and the breathtaking view as the silhouette of La Serenissima fills your horizon.

Letna Park and Letna Beer Garden: After you’ve crossed Charles Bridge and seen Prague Castle, the beautiful and spacious Letna is not only verdant and refreshing, it’s a terrific place to walk and work up a thirst before going to the old Letna Beer Garden, where you can go to the small kiosk and get a Czech beer and sit at picnic tables surrounded by Czechs and savor some of the finest views of the river, Charles Bridge, Prague’s beautiful spires and red-roofed buildings. For another off-the-beaten track excursion, on the right bank of the Vltava, make a visit to Vyšehrad, where you can see the ancient and original 10thcentury site of the Kings of Bohemia and gaze at beautiful panoramas of Prague Castle and city views. 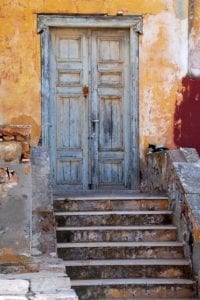 Because there are no cars on the small, stunning compact island of Hydra, it’s wonderful for hiking, but the island gets very crowded in summer. The best times to visit are in May or early June or late September or early October, when the weather is typically still warm enough to enjoy swimming the beautiful waters of the Saronic Gulf but when you won’t have to share them with so many tourists. After you explore the small town, pack a picnic lunch and take a small colorful caique boat to one of the quiet island beaches that are reachable only by boat before you return to the colorful little port for a souma or an ouzo and water as you watch the sunset.