Thomas Dylan is an unlikely spy.

Rejected by MI6 he joins the Ministry of Defence where his first mission is a total failure. Unexpectedly he is then sent to Rio de Janeiro to recover a submarine interrogator stolen from the US Navy.

In Brazil he discovers that those supposedly on his side, MI6 and the CIA, have their own priorities and his life is not one of them.

A murderous game which began with the death of a British spy in Argentina is being played out in a city of sun, sea and secret police. When he comes face-to-face with the brutal realities of Brazil’s military dictatorship Dylan has to trust somebody. But who?

He knows for sure that the woman he wants to trust has been lying to him from the very beginning. But why?

This is a fast-paced thriller in the vein of John le Carré and Eric Ambler. 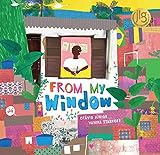 The Book of Rio (Reading The City)

#TalkingLocationWith …  Fiona Valpy, author of The Storyteller of Casablanca – Casablanca. The email arrived out of the blue....

The Unheard by Nicci French, tense mystery set in London. In case you are unaware, Nicci French is the...

Giveaway – it’s all about VENICE, 3 beautiful titles to transport you. Will you be taking a trip to...

#TalkingLocationWith… Daniella Bernett, author of Viper’s Nest of Lies – Malta Wanderlust. The word rolls off the tongue. It...

An Italian Education by Tim Parks, memoir set mainly in Verona. Tim Parks’ books were some of the first...

Light Rains Sometimes Fall by Lev Parikian, memoir of the natural year 2020 according to the Japanese Calendar. The...