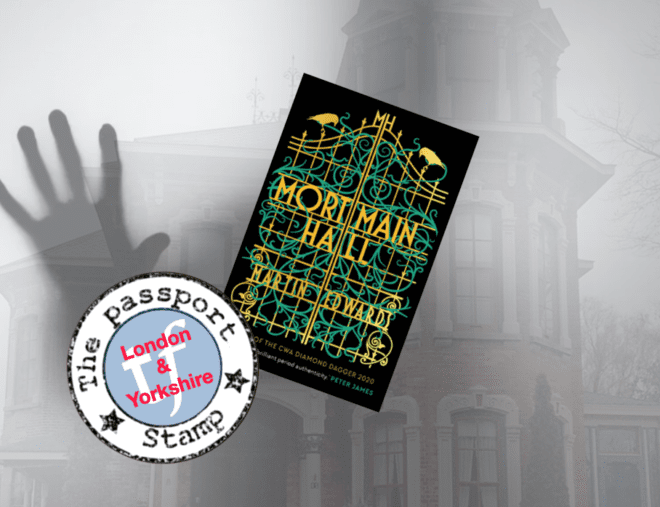 It is 1930’s England and Rachel Savernake, dressed in mourning gear, boards a train on London’s Necropolis Railway. But Rachel is not bound for the funeral of a relative; instead she hopes to prevent a murder.  The man she is following, Gilbert Payne or “the ghost” as she calls him, is supposed to be long dead, but has returned from hiding in Tangier to attend his mother’s funeral.  Having failed to persuade Gilbert to accept her help, his killing spurs Rachel on to investigate a series of bizarre mysteries – a death in a burning car, a murder in a seaside bungalow and a tragic drowning.  All these cases seem to be connected in some manner and Rachel sets about discovering how, with the help of her trusted helpers and friends, the Truemans. In addition to the loyal and efficient Trueman family, she is aided by her friend, the impetuous and often hapless journalist, Jacob Flint.

Mortmain Hall is the second book by Martin Edwards featuring Rachel Savernake and she makes an unusual protagonist and an even more unusual detective and her relationship with sidekick Jacob is different too.  In such a popular genre it is easy to end up churning out the same old stuff so this makes a welcome change.  Rachel is an anti-heroine, ruthless in her determination and cold-blooded to the point of callousness whereas Jacob is somewhat gung-ho and careless, providing some welcome light relief from the intense and scary Rachel.

Martin Edwards is the winner of this years Crime Writers’ Association Diamond Dagger and is a very experienced crime writer, which is clearly evidenced in this novel.  In Mortmain Hall he gives us a wonderful Golden Age mystery, a modern spin on the traditional whodunnit, packed with twists and cliffhangers and ending with a denoument that is sure to surprise. This is brilliant writing with some extremely memorable and sometimes disturbing scenes, such as the scrape that Jacob gets himself in after his visit to the Clandestine club.

Edwards has clearly done a lot of research and the 1930’s settings are perfectly recreated – the London private station of the Necropolis Company, the interior of the crumbling Mortmain Hall in Yorkshire, the deliciously seedy Clandestine Club are accurate in every detail.  Court procedures, manners, morals and speech are faultlessly recreated without a single jarring note.

This wonderful evocation of a bygone age would make Mortmain Hall worth reading on its own but when you combine it with a cracking story and original and engaging characters, you’ve got a real winner.

Ellen for the TripFiction Team

#TalkingLocationWith…. Emily Benet, author of Tipping Point, set on MALLORCA I suspected the pictures of Mallorca’s turquoise bays had...