Home Latest Memoir of a tour guide, set mainly in Tahiti (Polynesia, a pousse-café and more)

Memoir of a tour guide, set mainly in Tahiti (Polynesia, a pousse-café and more)

The book cover was the lure to reading this book, plus I fancied a literary trip to Tahiti as the weather in my area has been so bad this Summer. 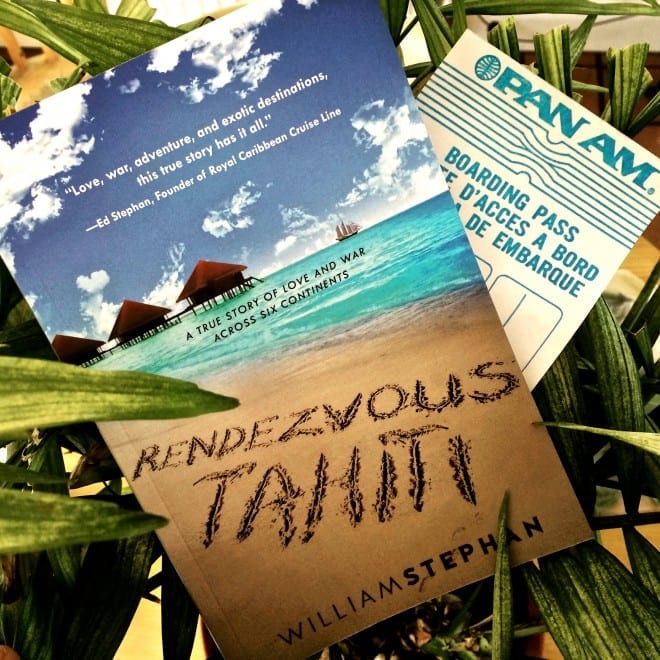 These are William Stephan’s narratives from 6 continents although the Polynesian Islands – and Tahiti in particular –  are clearly where his heart lies. The memoir starts at the point of his return from Saigon in the late 1960s, where he had spent many a night atop his lodgings watching the military deployments during the war. As a result he suffered nerve damage in later years from coming into contact with Agent Orange. This is his memoir looking back at the life that awaited him in the  aftermath of the Vietnam War.

By chance he fell into the role of tour guide for AARP, and jumped at the opportunity to be paid to travel. Who wouldn’t? Remember, these are the early days of group travel when perhaps there was a single Pan Am flight only once a month to Papeete in Tahiti! How things have changed. And this is what makes this memoir remarkable – Stephan writes like a modern blogger, in short chapters, with terrific enthusiasm and open-heartedness, but the style is very much of the 60s and 70s, which makes for a curious mix.

As he travels the world, the theme running through the book is the developing romance between him and his new found love on Tahiti, Amy, and the innumerable hoops he has to go through in order to win her over. A rather large stumbling block emerges, in that she is married to an abusive husband. But the path of true love never did run smoothly.

At one point, during a long break in his tour guiding schedule, he decides to join a boat, the Vaitere in hot pursuit of his new found love, only she doesn’t know he is coming. Awkward. But a horrendous bout of sea sickness literally takes the wind out of his sails and he struggles with survival as the ship continues its path through the atolls and choppy seas. Delirious at times he uses these periods to reminisce about other journeys he has taken, and this is perhaps the aspect that doesn’t work so well. There are brief ventures to Siberia, Russia, South America, and Timbuktu, and although of interest, they are digressions marring the flow of the story.

This is quite some story and I was pleased that this memoir came to my attention – the writing is good, the story is interesting, so much more because it is a true story and there are some wonderful insights into life in Polynesia: the migration patterns, flora and fauna, the French influence, and he discovers the pleasures of a pousse-café, an alcoholic cocktail that originated in France and came to New Orleans in the 1840s (different specific gravities are used to create a layered effect). A readable memoir.

(Oh, and have you noticed the face in the clouds on the cover, top left hand corner above the word ‘love’?)