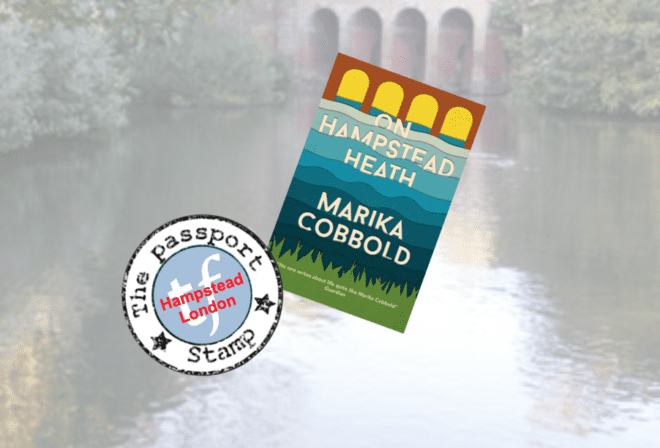 This is a rather ingenious story. Rose (actually known as Thorn, get it?) is a woman focussed on her journalism career at the London Journal, to the exclusion of virtually everything else. Her husband leaves her for this very reason and is soon hitched to another woman. Yet he and Thorn remain in friendly contact. He happens to take a photo of a man jumping from the Viaduct Bridge on Hampstead Heath, seemingly in a suicide attempt. He shares the photo with Thorn.

Thorn – known for her honest reporting, always with integrity – is moved from the news desk to a soft midweek lifestyle section, not her bag at all. She gets drunk and fabricates a story which is a good news story of how the ‘jumper’ was diving into the water to save a woman’s life. It, of course, goes viral. Speculation as to his identity is rife. She gets a tip off that he is, in fact, in hospital with concussion and more, and in the clear light of day she has to make sure her story stays under wraps. What can he remember? Will he spill the beans once he comes round?

As a premise, this is an exciting and relevant story for our times of #fakenews. It is funny in parts and speeds along at a nice pace. The writing is good and robust. It opens in a flurry of excitement and that sets the tone for a great narrative that occasionally scuttles down rabbit holes – but that all adds to the intrigue. We get to know Gillie (who is her friend’s male dog), we meet Thorn’s mother who has been sitting on a secret or two. And I wasn’t overly convinced by the friendly post-separation relationship that Thorn and her husband, Nick, seemed to have managed to maintain but some couples do manage to be more than cordial with ex-partners!

Overall the storyline is such an interesting and relevant concept; I felt perhaps it could have done with a bit of tightening at times but definitely the storyline wins out. It’s quite zany (remember that word, so popular in the late 20th Century?) and it is a lively story set in this lovely part of London (there is even a trip to Louis, the erstwhile Hungarian café which had such character but may just – maybe and sadly – now be on the slide given some of the up-to-date reviews…).

The Wolf Den by Elodie Harper, novel set in AD 74 in Pompeii. I have been to Pompeii and...

The Perfect Lie by Jo Spain, thriller set on LONG ISLAND. I dived into reading this thriller without knowing...

Painting Time by Maylis de Kerangal, novel set in Brussels and around Europe. Translated by Jessica Moore. Behind the...

Meeting in Positano by Goliarda Sapienza, novel set in 1950s Positano. Translated by Brian Robert Moore. Positano: “..not only...

Dust by Mark Thompson, coming-of-age novel set in NEW JERSEY. “This beautifully written debut novel would not be out...