Home Latest Pride of Place: 10 LGBTQ+ YA Books Set Around the World

Pride of Place: 10 LGBTQ+ YA Books Set Around the World

To celebrate the beginning of Pride Month (June), our Kid’s Lit Writer in Residence is here to share 10 LGBTQ+ YA books set around the world with you. From 1950s San Francisco to the deadly streets of the French Revolution and a post-apocalyptic America, this is the perfect place for all your travel LGBTQ+ reading for Pride 2021. 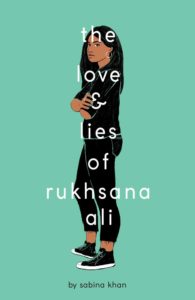 The Love and Lies of Rukhsana Ali by Sabina Khan – BANGLADESH

Seventeen-year-old Rukhsana Ali tries her hardest to live up to her conservative Muslim parents’ expectations, but lately she’s finding that impossible to do. If she can just hold out another few months, Rukhsana will be out of her familial home and away from her parents’ ever-watchful eyes at Caltech, a place where she thinks she can finally be herself. But when she’s caught kissing her girlfriend Ariana, her devastated parents take Rukhsana to Bangladesh.

There, immersed in a world of tradition and arranged marriages, Rukhsana finds the perspective she’s been looking for in her grandmother’s old diary. The only question left for her to answer is: Can she fight for the life she wants without losing her family in the process?

Everyone likes Hani Khan – she’s easy going and one of the most popular girls at school. But when she comes out to her friends as bisexual, they don’t believe her, claiming she can’t be bi if she’s only dated guys. Panicked, Hani blurts out that she’s in a relationship… with a girl her friends can’t stand – Ishu Dey.

Ishu is the polar opposite of Hani. An academic overachiever, she hopes that becoming head girl will set her on the right track for university. Her only problem? Becoming head girl is a popularity contest and Ishu is hardly popular. Pretending to date Hani is the only way she’ll stand a chance of being elected.

Despite their mutually beneficial pact, they start developing real feelings for each other. But some people will do anything to stop two Bengali girls from achieving happily ever after.

Seventeen-year-old Lily Hu can’t remember exactly when the question took root, but the answer was in full bloom the moment she and Kathleen Miller walked under the flashing neon sign of a lesbian bar called the Telegraph Club.

America in 1954 is not a safe place for two girls to fall in love, especially not in Chinatown. Red-Scare paranoia threatens everyone, including Chinese Americans like Lily. With deportation looming over her father – despite his hard-won citizenship – Lily and Kath risk everything to let their love see the light of day.

Our Own Private Universe by Robin Talley – MEXICO

Fifteen-year-old Aki Simon has a theory. And it’s mostly about sex. No, it isn’t that kind of theory. Aki already knows she’s bisexual–even if, until now, it’s mostly been in the hypothetical sense. Aki’s theory is that she’s only got one shot at living an interesting life–and that means she’s got to stop sitting around and thinking so much. It’s time for her to actually do something. Or at least try.

So when Aki and her friend Lori set off on a trip to a small Mexican town for the summer, and Aki meets Christa–slightly-older, far-more-experienced–it seems her theory is prime for the testing. But something tells her its not going to be that easy…

The first in a dazzling, commercial, historical adventure series set in the extravagant and deadly world of the French Revolution.

Camille, a revolutionary’s daughter, leads a band of outcasts – a runaway girl, a deserter, an aristocrat in hiding. As the Battalion des Morts they cheat death, saving those about to meet a bloody end at the blade of Madame La Guillotine. But their latest rescue is not what she seems. The girl’s no aristocrat, but her dark and disturbing powers means both the Royalists and the Revolutionaries want her. But who and what is she? As Camille learns the truth, she’s forced to choose between loyalty to those she loves and the future.

In a post-apocalyptic America, a community survives in a national park, surrounded by water that keeps the Dead at bay. But when winter comes, there’s nothing to stop them from crossing the ice.

Then homebody Peter puts the camp in danger by naively allowing a stranger to come ashore and he’s forced to leave the community of Wranglestone. Now he must help rancher Cooper, the boy he’s always watched from afar, herd the Dead from their shores before the lake freezes over.

But as love blossoms, a dark discovery reveals the sanctuary’s secret past. One that forces the pair to question everything they’ve ever known.

The Outrage by William Hussey – ENGLAND

Welcome to England, where the Protectorate enforces the Public Good. Here, there are rules for everything – what to eat, what to wear, what to do, what to say, what to read, what to think, who to obey, who to hate, who to love. Your safety is assured, so long as you follow the rules.

Gabriel is a natural born rule-breaker. And his biggest crime of all? Being gay.

Gabriel knows his sexuality must be kept secret from all but his closest friends, not only to protect himself, but to protect his boyfriend. Because Eric isn’t just the boy who has stolen Gabriel’s heart. He’s the son of the chief inspector at Degenerate Investigations ­­­- the man who poses the single biggest threat to Gabriel’s life. And the Protectorate are experts at exposing secrets.

The Gentleman’s Guide to Vice and Virtue by Mackenzi Lee – EUROPE (including FRANCE, SPAIN, ITALY and GREECE)

Henry “Monty” Montague was born and bred to be a gentleman, but he was never one to be tamed. The finest boarding schools in England and the constant disapproval of his father haven’t been able to curb any of his roguish passions. But as Monty embarks on his Grand Tour of Europe, his quest for a life filled with pleasure and vice is in danger of coming to an end. Not only does his father expect him to take over the family’s estate upon his return, but Monty is also nursing an impossible crush on his best friend and traveling companion, Percy.

With his younger sister, Felicity, in tow, he vows to make this yearlong escapade one last hedonistic hurrah and flirt with Percy from Paris to Rome. But when one of Monty’s reckless decisions turns their trip abroad into a harrowing manhunt that spans across Europe, it calls into question everything he knows, including his relationship with the boy he adores. 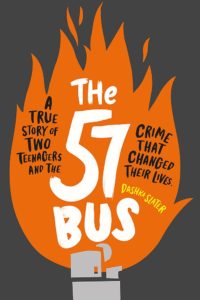 One teenager in a skirt. One teenager with a lighter. One moment that changes both their lives forever. Inspired by a true story.

Two teenagers growing up in Oakland, California. One, Sasha, was born male but identifies as agender, wears skirts and attends a private school. The other, Richard, is an African American from a poor part of Oakland who attends a rough public school. They have no reason to meet, except for eight minutes every day, they catch the same bus home. And one day, messing about, Richard spies Sasha napping. He flicks the flame of his lighter to Sasha’s skirt, and Sasha wakes up in a ball of flame.

What happens next, as the victim, the perpetrator and the community struggle to come to terms with their sadness and shock, is a story of recovery, reconciliation, forgiveness and, above all, hope. It’s about the power of being true to yourself, bravery and the good and bad in all of us.

Where We Go From Here by Lucas Rocha – BRAZIL

An absorbing debut novel about three gay friends in Brazil whose lives become intertwined in the face of HIV, perfect for fans of Adam Silvera and Bill Konigsberg.

Henrique has had HIV for three years. Ian has just tested positive. Victor got with Henrique last night and thinks he might have it. Ian, Victor and Henrique must navigate treatment, friendship and love, and eventually learn to trust each other. Because with judgement and ignorance lurking round every corner, the real challenge isn’t the disease – it’s other people.

Greek Island Escape by Patricia Wilson, novel set mainly on Crete past and present. The novel opens in the...

We are delighted to offer 3 copies of Scent by Isabel Costello – a novel of Perfume, Paris and Provence....

The Lost Women of the French Revolution by Kat Dunn. On 5 October 1789, nearly seven thousand women –...

Just how important is Social Media for an author? I recently saw a thread posted on Twitter by Little...

#TalkingLocationWith…. Sharon Bolton, author of The Pact – Oxford Twenty years ago we moved to the outskirts of Oxford....

#TalkingLocationWith… Katy Moran, author of Scandalous Alchemy set in Fontainebleau, France. I first came to Fontainebleau by train in...