I have to be honest that I had swerved this title on several occasions because it sounded like it just wouldn’t be for me. It involves robotics and AI. But let me tell you, DO NOT LET THIS PUT YOU OFF! 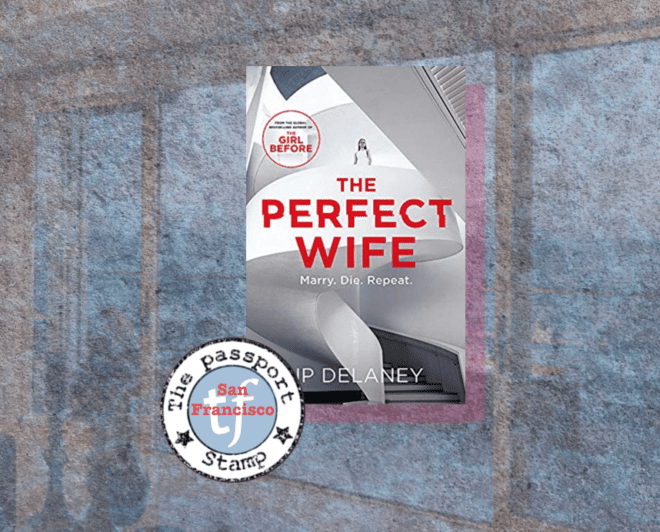 I listened to this as an audiobook and found it engrossing whilst I exercised, hooked it up via BlueTooth in the car, fought with the ironing and attempted lots of jobs around the house. So, I can truly say I am among the converts to plugging in and escaping the chatter of the world.

Welcome to Silicon Valley and Artificial Intelligence (AI)! And as you read the novel (or listen to it, of course) just keep the following in mind:

Tim Scott has a seemingly very successful start up company, Scott Robotics, creating robots essentially for shops. These ‘human’ robots could help out with customers’ needs, sell items of clothing and model clothes on the runway (although the prototypes for this particular task end in a pile-on which both amuses and alarms the onlookers… never mind the robot that goes up in flames).

Abbie Cullen is employed in the early days as artist-in-residence at Tim’s offices. One sculpture, of herself, nude and made of malleable material, sets a very sinister tone. Over the coming hours and days the employees tamper with it – it is just too tempting to sneak up to it and poke a finger in the yielding ‘flesh’. Soon someone has tweaked a nipple, left a hand mark on her buttock, sliced an incision up her leg. But no matter… even though some see her as a “founder hounder” and seemingly a recovering substance abuser, Abbie marries Tim in Jaipur and as a wedding gift he bequeathes her a wonderful house by the ocean.

As a couple they have already worked out a pre-nup (a couple of points scarily mirror the clauses that have leaked out from Donald Trump’s pre-nup) and they go on to have a son, Danny, who, it transpires, suffers from a very severe form of autism. His treatments are many and varied and of course Tim can buy the best there is. The author at the end explains his personal experience of having a child with autism and thus Danny, rendered in this book, feels like a child with a very real condition.

5 years ago Abbie disappeared and eventually Tim was charged with but cleared of her murder. Abbie surely would never willingly have left their son? The body has never been found, her whereabouts are still unknown. Is she dead? Is she alive? Tim, in his wisdom, has now created a co-bot (companion bot) which is also Abbie, all synthetic wiring underneath with a flawlessly tailored faux-skin that makes her look very real. She is Abbie, but of course she is not. She is his companion. He has the power. He created her. Tim is an irascible and rich entrepreneur who gets his way.

Some of the chapters set the scene for human Abbie’s early days at the office and the budding courtship between Abbie and Tim. Most of the chapters in the novel, however, are dedicated to co-bot Abbie in the present and they refer to her as “you” which is a great alienating technique to keep co-bot Abbie at arm’s length and just one removed from the flesh and blood human experience… and yet, she has a universal range of emotions and problem solving abilities that make her function in a very real way; and in case you are wondering, Tim has kept her unsullied and has not given her any sexual organs; to relax she also peels off her skin and sits around her house in her undeniably plastic-silicone bot form. She can’t eat or drink, she can’t go swimming because the water would mess up her wiring (she would probably rust as well) but she does have memories and a phenomenal skill set to piece together the story of her human’s life; and Tim’s place in it!

This is a story that is so much more than a wildly improbable (or is it?) co-bot trying to find out what happened to her human self. It is about control in adult intimate relationships, it is about what success and power mean, there is misogyny and the novel takes a look at where the science of robotics may heading (just think of Stephen Hawking’s salutary remarks above).

It has a good pace and well-crafted twists and turns that had my earpieces glued to my head. It is a reworking of the ancient story of Pygmalion and Galatea, with a solid touch of the psychological splitting theory of the madonna / whore complex, first identified by Freud.

Looking back over my review it sounds like a bonkers story, doesn’t it? And yet it makes for an engrossing read.  Will you trust me, I wonder, on this one and choose to add this ace read to your TBR pile?

A last note: J P Delaney has also written as Anthony Capella and I have very much enjoyed The Food of Love and The Empress of Ice Cream.

Check out this article that tackles the issue of Audiobooks or Reading? To our brains, apparently, it really doesn’t matter!

This Lovely City by Louise Hare, novel set in 1948/50 London. This delightfully penned novel will transport you back...

In the years BC (Before Coronavirus) TripFiction would receive invitations to attend book launches, physically, in the presence of...

Hamnet by Maggie O’Farrell, historical novel set in 16th Century Stratford, Warwickshire. The book opens with: In the 1580s...