A gruesome thriller set in LONDON

The Art of Death by David Fennell, a gruesome thriller set in London. 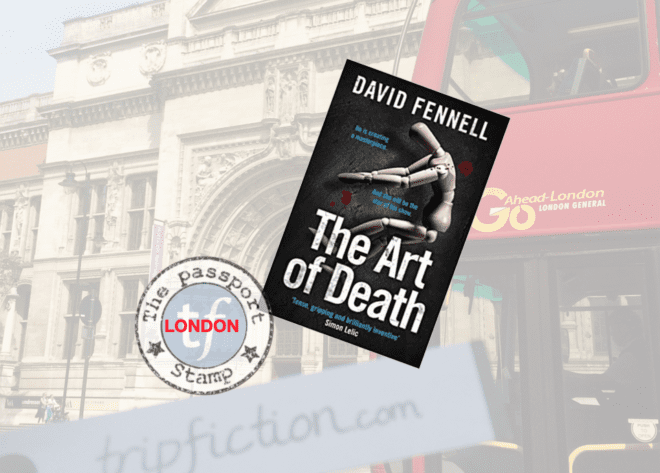 The Art of Death opens as the bodies of three homeless men are discovered preserved in formaldehyde inside glass cabinets as an ‘art exhibit’ placed near Trafalgar Square, ahead of the Lord Mayor’s Show. They are the work of @nonymous – an unknown artist with a cult following – and entitled The Forsaken. @nonymous says that more will follow.

To some @nonymous may be an artist (if a very strange and non-conventional one). To DI Grace Archer and her team at Charing Cross Police Station he is a sadistic serial killer. The pressure is on to solve the case before he strikes again. They fail. The next victims are three women, all very active on social media. Their exhibit is called The Marshland Martyrs. In the book we follow them through their grooming, their kidnapping and imprisonment to their eventual death and preservation. It is gruesome. – A Daily Mail journalist covering the case is tortured and killed – apparently for suggesting that @nonymous was a cold blooded killer and not an artist. The final exhibit is streamed live on social media as The FatherSonandGhost is created. Three men – one a politician who had disappeared – are filmed poised, exhausted, above three vats of formaldehyde. One of them is a friend of Grace’s – this is getting very close to home.

The story moves to a scary conclusion as Grace works out what is happening.

The Art of Death is a well worked and convincing thriller set very much in the time of weird art and social media. Definitely a book for 2021. In TripFiction terms, London is important to the plot and well described. There are also two ‘human’ sub plots that play into the story. The first is Grace’s relationship with her father, living in South London and suffering from dementia. The second is events from her own childhood when she was kidnapped and held captive by a notorious child killer. She escaped, but it of course left her scarred.

Recommended, but not for the squeamish.

Thriller set in Hamburg (with a side trip to Cartagena)

Thriller set in Hamburg (with a side trip to Cartagena)

Hotel Cartagena by Simone Buchholz, thriller set in Hamburg (with a side trip to Cartagena). Translated by Rachel Ward....

#TalkingLocationWith … Hannah Carmona, author of Anita And The Dragons. Illustrations by Anna Cunha         The...

Anthrax Island by D L Marshall – a thriller set on an island you won’t want to visit –...

We are delighted to be able to offer 3 copies “Walking Pepys’s London” by Jacky Colliss Harvey. UK only...

Nordic Fauna by Andrea Lundgren, translated by John Litell, short stories set in Sweden. This is another short work...