Home Latest A solid thriller set in London and Surrey

The Hit List by Holly Seddon, a solid thriller set in London and Surrey. 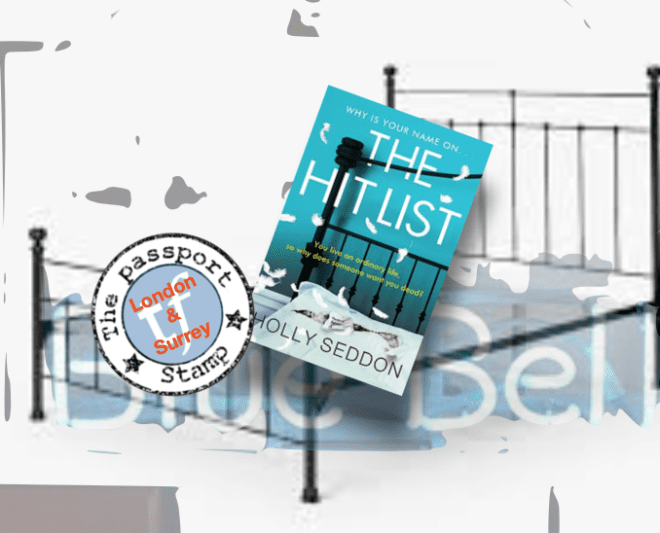 This was my first novel by Holly Seddon. It won’t be my last! I listened to the book on audiobook as I took my lockdown walks. There are different narrators for each character which worked well. The story is set in 2021 which is the “now” of the book and the story looks back over the period to 2019 where the story starts to unfold.

Marianne ‘now’ is looking back at her marriage with Greg, who was a principled charity worker, working with victims of abuse and trafficking. She is a teacher. They lived together in a flat in Hackney and had aspirations for their life together. He however was knocked off his bike and killed, and she is now tentatively taking the first steps into a budding relationship with Noah.

One day, well after Greg’s death, she happens to open his computer and finds her way into open tabs which, horror of horrors, take her to the dark web. She is drawn to look and explore but she is also repulsed. Why would he have been delving into this evil space? And then she discovers, as she trawls away, that she is on a hit list, together with other names. Those on the list, she later discovers, are all already dead. And what significance does Bluebell hold? This is a truly shocking discovery, but she cannot go to the police, they would laugh at her story and probably consider her deluded.

Sam – another principle character – has arrived from Eastern Europe, having been trained by her father to fight and keep herself safe after witnessing terrible trauma back home. She is living in London, illegally, with her partner and his son, Joe and she is fulfilled in being a mother to him. But suddenly dark forces are at work and she is forced to carry out terrible tasks because someone somewhere knows enough about her to hold her to ransom.

What the author does so well is to expand the story in a credible and gripping way and demonstrate how people can slip down rabbit holes, only in part of their own making. The snowball effect of perhaps just one single action is terrifyingly rendered. The dark web is not a place to dabble, it soon sucks out the very soul of those engaged in it, even on the periphery.

There were times when I felt slightly sick at some of the turns of events, sick, with a feeling of hopelessness, and totally depressing that events described actually do take place… all around the world. Someone with good intentions can still fall over the precipice and just look! It can happen all too easily! (Don’t worry, it is really hard to access the dark web and you will never do it inadvertently!)

A good and gripping read.

Mythopedia: An Encyclopedia of Mythical Beasts and Their Magical Tales

Mythopedia: An Encyclopedia of Mythical Beasts and Their Magical Tales

Mythopedia: An Encyclopedia of Mythical Beasts and Their Magical Tales by Good Wives and Warriors, Published by Laurence King Publishing....

TalkingLocationWith…  Frank Thoms, author of Behind the Red Veil – Gorbachev’s RUSSIA In the Coda to my book Behind...

Mumbai (Bombay) is the latest city for us to visit in our ‘Great books set in…’ series. Ten great books...

The Glass Kingdom by Lawrence Osborne, dark novel set in Bangkok. If someone asked me who my favourite author...

Literary travel to Venice. Venice by Cees Nooteboom, translated by Laura Watkinson, photos by Simone Sassen. The lion, the...

ANNOUNCING LANDSCAPE PHOTOGRAPHER OF THE YEAR 2020 – UK The stunning 13th edition of the coffee-table book Landscape Photographer of the...