Songbirds by Christy Lefteri, a tale of love and anguish set in Cyprus. 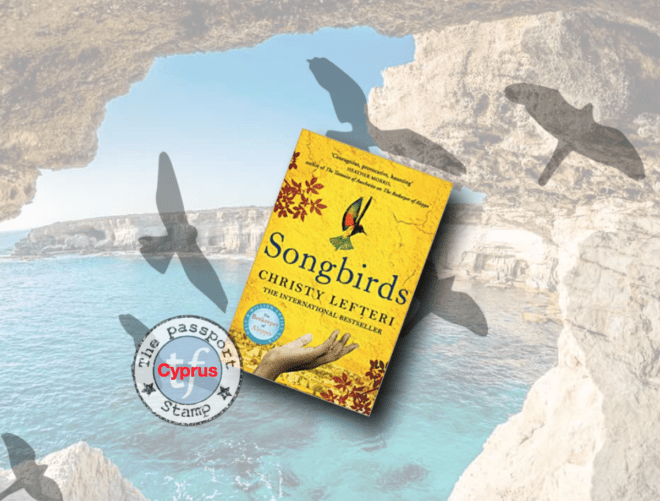 Christy Lefteri’s last book, The Beekeeper of Aleppo, was one of my absolutely favourite reads of 2019. I was therefore looking forward quite enormously to receiving Songbirds and it in no way disappointed. It is very different to, but the equal of, the first book. Beekeeper was a saga covering the plight of a family from Syria travelling across the refugee trail of Europe as they head for the UK. It was wide in both its scope and in its geography. Songbirds feels much more contained. Much of the action happens on a single street in Cyprus – and the book never moves outside the island. There are two interwoven themes. The first is the plight of domestic workers who travel halfway around the world to earn enough to send home to their families. As a character in the book says, they run our houses, look after our children – but we never actually know who they are. Some are exploited by criminal gangs, others are abused by their host families – and some end up in good homes. The second is the plight of songbirds migrating to and from Northern Europe to Africa who are netted and killed in an illegal trade to supply the restaurant tables of Cyprus. Both themes cover the issues of migrants undertaking hazardous journeys leading them to unforeseen endings.

Yiannis is a poacher of songbirds, but (perhaps to our surprise) he is not a bad person. He shows acts of kindness – like nursing a bird back to health after he failed to kill it cleanly. He is a man of contradictions… He lives in a flat above Petra, her daughter Aliki, and their Sri Lankan maid, Nisha. He is very much in love with Nisha – but cannot admit to her how he earns his living (she would disapprove) and cannot admit to Petra his love for Nisha – maids are not permitted to have relationships.

Nisha goes missing – and her back story begins to emerge. She is a widow (her husband died in a mining accident) and she provides for her mother and her daughter, Kumari. She could not have done this had she stayed in Sri Lanka. Kumari is just two years older than Aliki. She talks to her most nights by iPad from Yiannis’ flat – she is, in effect, mother to two daughters. Aliki relates to Nisha more than she does to her own mother… Aliki is distraught when Nisha disappears. Yiannis admits his deceits to Petra, and they set out as a team to find Nisha. The police show no interest whatsoever – migrant domestics are not on their urgent work list… they are clearly considered a sub-human species. The can disappear if they want to.

Eventually what has happened to her becomes clear, and it is not pretty.