Unkempt Secrets from The War

Living in London, England during the wake of World War II, Nel Rosenberg, a German girl, finds herself facing great opposition, especially after falling for William Beckham who is neither of her class nor race.

As war continues to break out across Europe and William heads off to war, rumours of espionage put Nel’s future entirely on the line. While working for a London hospital, Nel collects war stories from the soldiers, stories that trace back to her late father’s involvement in the first World War.

During her time at hospital, Nel encounters an American writer by the name of Mr. Blackwell who asks if she would be willing to write for a column for the New York Register on the Secrets from the War.

As she takes to Journalism in a male dominant field, Nel begins to discover family secrets of her own that puts her life and her love for William Beckham all at stake. With the height of the war spreading throughout Europe, will Nel be able to forgive those whose secrets try to destroy her in the end?

My Lies, Your Lies 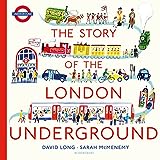 TfL: The Story of the London Underground

#TalkingLocationWith… James Bailey, author of The Flip Side, a romantic romp across Europe. The Flip Side follows Josh, a...

An Interview with Yaba Badoe, author of A Jigsaw of Fire and Stars, YA magical realism set in ANDALUCÍA TF:...

The Untameable by Guillermo Arriaga, a captivating if disturbing coming-of-age thriller set in Mexico and Canada. Translated by Frank Wynne...

A romp of a novel set across Europe

A romp of a novel set across Europe