Light Rains Sometimes Fall by Lev Parikian, memoir of the natural year 2020 according to the Japanese Calendar. 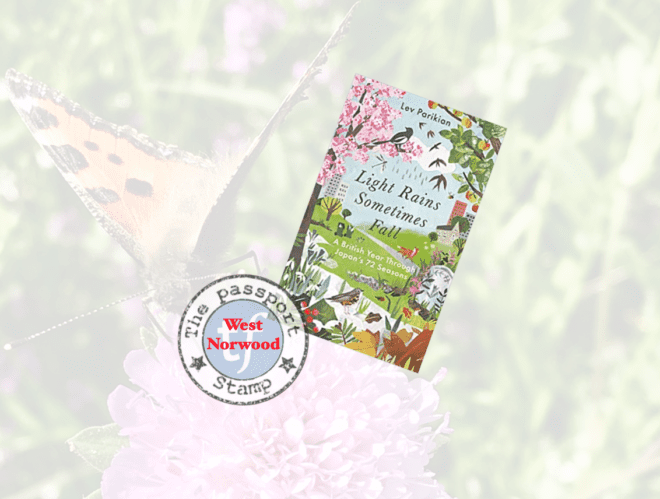 The concept of this book needs a little introduction. In England we experience 4 differentiated seasons (well, usually but sometimes Winter bleeds into Spring and asserts itself once again before the Autumn has really finished with its glorious colours – er, so Summer just seems to get subsumed into the seasons either side). In Japan, however, according to the ancient and traditional Japanese calendar, there are 72 micro-seasons, where the very subtle, often unnoticed seasonal changes are perceptible. Each of the 72 seasons is an average of only 4 days and actually  lot can happen in that short time! 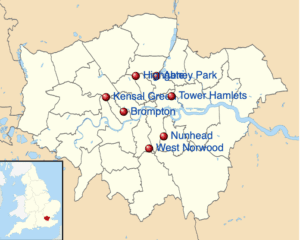 The author centres his observations around West Norwood where he lives; even as a Londoner, growing up not far from that area, I had no knowledge of the “Magnificent Seven” (large private cemeteries established across London in the 1830s) built to alleviate overcrowding in existing parish burial grounds. There is one in West Norwood and another in Nunhead, again, not far from my childhood home. So there is always learning to be had!

The book opens in February 2020, just at the point when Covid 19 is starting to flex its muscles. The author notes that peregrines have returned to the city which would have been unimaginable 40 years ago, so that feels really positive when species elsewhere are under duress and dying out. His delight at butterflies and flora and fauna moving through the seasons is absolutely palpable and utterly delightful, he has such a light and deft hand when he observes and records. He is of course then – mid flow – corralled by the Lockdown in March 2020 and has to continue with reduced freedom to roam.  Without the birds, flowers, trees, fungi, insects and more, he knows that the Lockdown year (s) would have been substantially less bearable.

Of course, this being England, he muses that “The ebb and flow of the year’s weather has so far paid scant attention to the rigours of the microseason system“. This is the opener to the Summer Solstice chapter called “Geshi”, 27 June -1 July, when the irises bloom – apparently. Having just 4 days at any given time really focusses the mind, I should imagine. I loved learning about the Japanese concept; I felt that this was a novel way to package up his nature diary over the period of one year, giving it a bit of a different slant – it was certainly interesting, perhaps just a little contrived, given the climates in Japan and England are different. He is a gifted writer and his recounting of observation is sufficient to keep any nature lover hooked in to the narrative.

Lev Parikian is a latter day Gilbert White (author of Natural History and Antiquities of Selborne), someone who can bring the pleasures of the natural environment to colourful life and chronicle even the smallest detail of the world around us with passion and clarity. It is an uplifting read.