Author Alafair Burke has her criminal defence Attorney, Olivia Randall probing a triple murder charge against Jack Harris. But Olivia and Jack have history, they were lovers more than a decade ago and it is was Olivia who crashed and burned the relationship, leaving Jack psychologically damaged, sufficiently that he had to put himself into therapeutic care.

It is a complex plot yet the author renders it with clarity (unlike me, who is now going to give a quick overview of the storyline. Ready?). It’s like a circle dance of people killing people. Thus, Jack is accused of killing Malcolm Neeley. Neeley’s son,Todd, in turn, happens to have killed Jack’s wife Molly at Penn Station along with several other people. In Jack’s alleged killing spree, he also took down two other – seemingly innocent – parties. But this is not the Jack that Olivia believes she knows, thus extensive investigative work is needed to get to the truth.

And it all started early one morning with Jack’s attraction to a young woman in her finery, who is sitting in the middle of a park at Christopher St. Pier swigging champagne from a bottle and reading Jack’s favourite book: Eight Days to Die, (which happens to be set in that very area of the city. Coincidence?). He jogs past and finds himself rather smitten….

Jack is subsequently incarcerated in his home, on bail, whilst Olivia does some in-depth sleuthing. If you have seen The Good Wife, you will be familiar with the machiavellian sleuthing techniques of in-house private investigators at a law firm, together with general legal procedure in America. For us Brits this is pretty unfamiliar territory but well represented on many TV series over from the USA. And that is certainly a help here.

I learned a lot about GSR (gunshot residue), which can apparently lurk for long periods after the discharge of a gun. On the one hand I just had to ignore the unfamiliar abbreviations used by the police and investigators, from NYPD (ok, I know that one), from MDC to ADA to DUI and so forth, an anathema to me. But on the other hand it added to the buzz of the real New York City (the setting, only slightly modified by the author, where the book is well and truly set).

Olivia is a hard nut, but not quite as hard-living as other characters in the judiciary of fiction (the odd bottle of wine and hangover to match are about as bad as it gets for her). Her great friend Melissa, the daughter of her boss runs Café Lissa. The author bemoans that the café doesn’t actually exist, and frankly I would have been there like a shot if it did!

A readable novel from New York Times bestselling author Alafair Burke that will transport you to the sharp world of due process and law in the city that never sleeps.

And over to Alafair to answer our questions:

TF:  A real legal drama is palpably played out in this novel. Can you tell us a little about your background and how you chose to move away from being a Deputy District Attorney to take up writing?

AB: It was a bit accidental, as everything good in my life seems to have been.  After graduating from Stanford Law School, I became a Deputy District Attorney.  I worked as a prosecutor for about five years.  Like a lot of lawyers, I thought about making big changes – becoming a law professor, or maybe starting that book idea I had in the back of my head for a while.  But I liked the job enough that I may never have left, except I followed a man (now “ex,” by the way) to another city and, as a result, had to make some changes. I took a summer off and started writing the story I’d been carrying around for years—set back in my old office, in the city I loved (Portland, Oregon).  After a couple of years as a law professor, I finally finished it, thinking it would be my one book I could show people on a shelf when I was old.  I was lucky enough to find editors who just assumed I had other books to write.  THE EX is my eleventh novel.  I still feel like I should pinch myself to see if it’s real.  That’s why I tell people who want to write a book that the only way it’s going to happen is if they start.

TF: Olivia, in The Ex, is at times a flawed but very determined character. She decides to take up the case of her ex, which brings all kinds of personal issues and feelings into the mix. It sounds like you are a keen observer of people and family dynamics, is that so?

AB: Oh, yeah, I’m definitely all about the feelings!  Sometimes I think you have to be a little bit of therapist to create three-dimensional characters.  Granted, the people I’m analyzing aren’t real, but it helps to have some understanding of what makes people tick.  My favorite stories aren’t the ones that pit good guys against bad guys who do bad things simply because they were born as bad people.  I like to read about flawed but normal people who wind up in dire situations because one bad decision, or one buried secret, snowballs.  Those are the books that send chills up my spine.

TF: The legal process in America seems in some respects quite different to, say, the British system. Have you had to consider any adjustments or explanations when thinking of the non-USA market?

AB: No, because the books are set in the United States.  It wouldn’t really make sense if I had American police and prosecutors following another country’s procedures in New York City.  I think readers understand that and hopefully even find the differences interesting. 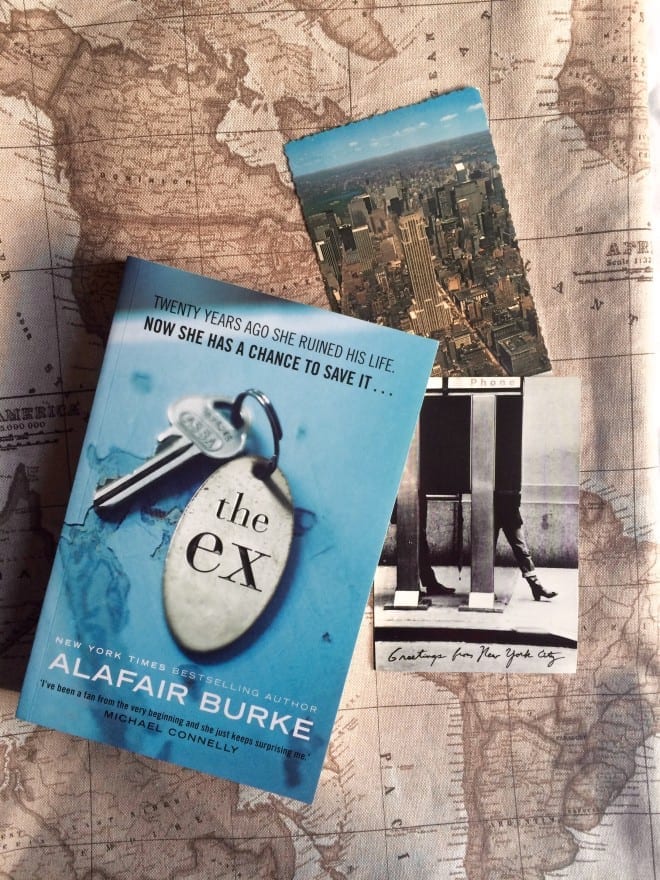 TF: Setting is the drive behind TripFiction.com – I could well imagine myself in New York at some of the locations as you describe them, watching as events unfold. In what area of the city do you live and what makes that part of the city feel like home?

AB: I live on the north edge of Greenwich Village, just across from Union Square Park.  It’s a fascinating place to live as a writer.  You’ve still got a few bastions of old New York City remaining, but there’s also tremendous gentrification.  There are multi-millionaires living in the same building as tenants who moved in under rent control.  I get some of my best ideas just walking around the neighborhood, anonymous in a sea of pedestrians.

TF: Anything feels possible in New York, including a woman drinking champagne from a bottle in a beautiful gown early one morning. An interesting tableau. Where did you get inspiration for this and what noteworthy things have you witnessed in the city that might have inspired inclusion in your writing :)…?

AB: That’s what I mean about finding inspiration in unlikely places.  I’m extremely aggressive in my people watching.  I’ve walked blocks and blocks out of my way because I’m eavesdropping on a stranger’s conversation.  I’ve never lifted an actual story off the street, but I do try to watch my surroundings with empathy, wondering what it must be like to live in another person’s skin.  New York’s a great city to spot the unexpected.  Years ago, I was looking out my apartment window, envying a beautifully put-together woman on the sidewalk outside.  As someone who usually runs around in jeans and tee shirts, I marvel at the work Manhattan women put into their daily appearance.  Then this exquisite woman plucked a pastry from the top of a garbage can on the street and took a bite.  How weird is that?  From that observation came a book I wrote about young New York City professional women working as prostitutes to help make ends meet.

TF: I have to ask. Is the notion for Café Lissa based on a real establishment?

AB: It’s not!  As little neighborhood restaurants disappear from the village because of escalating rents, I think I created Café Lissa on the page because I wish I had a place like that down the street from me.

TF: The Ex is a standalone. You have written several in the Ellie Hatcher and J J Rogan series. What’s next for you?

TF:  Could we have your top tips for the city, please, from someone who clearly knows it very well?

AB: Otto is Mario Batali’s casual restaurant and is a regular hangout for Ellie Hatcher.  (Her favorite bartender, Dennis, is a real person and a friend.)  Jeffrey’s Grocery is a cozy spot in the heart of the west village, and everything there tastes good.  I love to walk the High Line and end in Chelsea Market for some ingredient-shopping.  And of course I love the Metropolitan Museum of Art, where my husband works.