“Sometimes Greenwich can feel a long way from anywhere…” 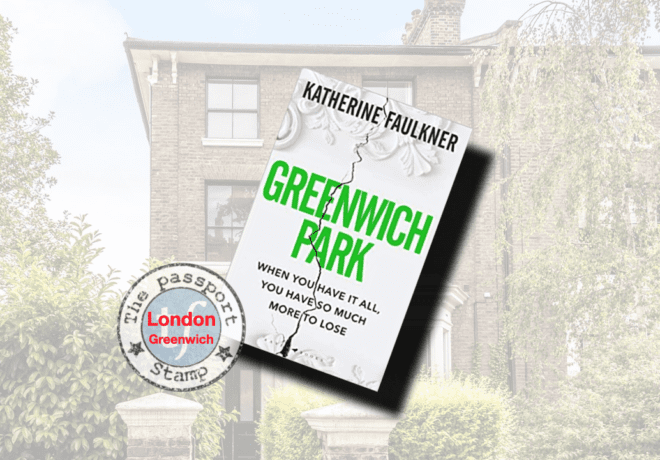 Helen and Daniel live in a wonderful, historical house on the edge of Greenwich Park which is undergoing extensive renovations. It was bequeathed to her by her father, a renowned architect. Helen also has two brothers, Rory, who has taken over his father’s architectural practice, along with Daniel, and Charlie is the youngest, wayward member of the brood who inherited cash, which is seemingly long since gone.

Both Helen and Rory’s wife Serena are pregnant, due to deliver at roughly the same time.

A large part of the story is set around Helen’s life. She attends a local antenatal class where Rachel befriends her (note who is befriending whom!). It is not long before Rachel is inveigling herself into Helen’s life, although they pretty much come from different sides of the track. But pregnancy makes it easier to bond and Helen has lost her ability to be assertive, and her critical thinking is largely gone. They meet, they connect at some level, although Helen has a nagging feeling that things aren’t quite right. Helen is emotionally ripe for the picking as she is a wobbly bundle of nerves: this pregnancy is hopefully going to full term (she has had several miscarriages); Daniel spends a lot of time at work, misses the antenatal appointments and generally seems to be emotionally absent; and Serena and Rory aren’t much support.

Helen’s best friend Katie from way back is reporting on a criminal case up in Cambridge and Katie, being a journalist has a good nose for when something doesn’t feel right. And when one character goes missing, she has to find out more.

This is a slow burning narrative that really had me gripped. The author clearly has had a lot of fun developing Rachel’s character, a foil of nightmarish proportions to Helen’s down-trodden and plodding vacuousness (and yet Helen could be so much more, she is intelligent and she went to a top university… so one might wonder what is going on there??). I was keen to go back to reading the book when I had to stop and do other things (always a good sign). None of the characters is likeable but for me that didn’t matter.

Greenwich, with Guy Fawkes night and coming up to Christmas, the shushing through Autumnal leaves, light snow falling and frost on the ground (and a quick visit to the Plume of Feathers – established in 1691, by the way) all makes Greenwich and London feel part of the well penned and gripping storyline.

GIVEAWAY: a copy each of Oracle (Delphi) and Plague (London)

GIVEAWAY: a copy each of Oracle (Delphi) and Plague (London)

We are delighted to be able to offer 3 winners a copy each of Oracle (Delphi) and Plague (London)...

The Wolf Den by Elodie Harper, novel set in AD 74 in Pompeii. I have been to Pompeii and...

The Perfect Lie by Jo Spain, thriller set on LONG ISLAND. I dived into reading this thriller without knowing...

Painting Time by Maylis de Kerangal, novel set in Brussels and around Europe. Translated by Jessica Moore. Behind the...

Meeting in Positano by Goliarda Sapienza, novel set in 1950s Positano. Translated by Brian Robert Moore. Positano: “..not only...