YA novel set in LONDON

LONDON Belongs To Us by Sarra Manning, YA novel set in LONDON. 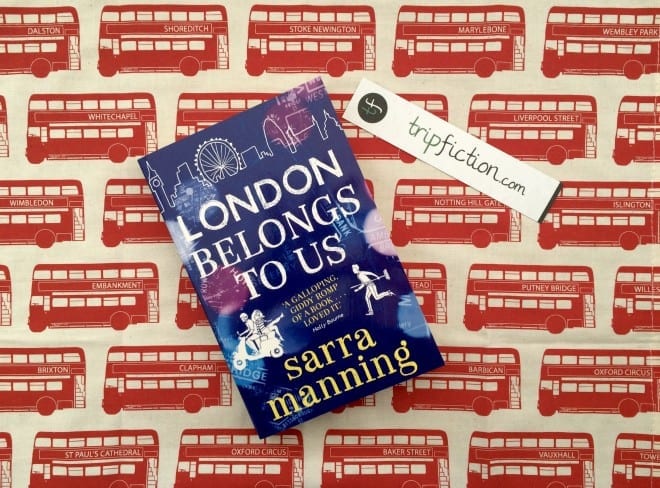 We first came across this book via Books on the Underground, an organisation that does just what it says – a couple of book lovers plant top books on the tube in London for people to find, read and then return for the next person. It’s like an informal library. “We are not an official TFL endorsed project, we are a not-for-profit organisation run solely by a pair of London book lovers“. Great stuff!

Well, this kind of book is what TripFiction is all about! Sunny, the young protagonist, over a period of 12 or so hours is intent on catching up with her boyfriend Mark, who is particularly adept at giving her the slip….and now, that she has been sent a photo of him kissing another girl, well, that just seals her determination. 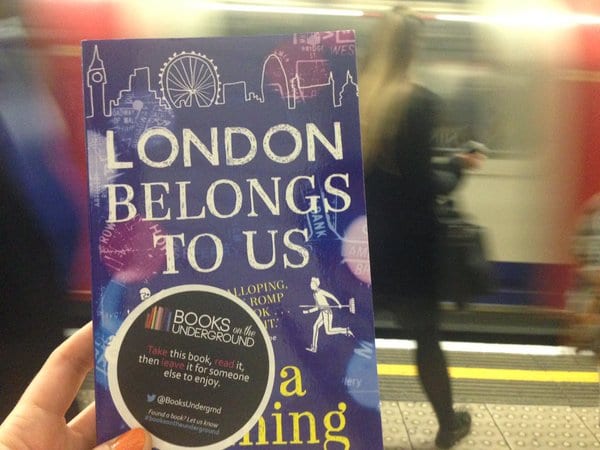 Photo courtesy Books on the Underground

It is her colourful journey around the capital that brings the nocturnal life of the metropolis to vibrant life. She slips from North London right down to Crystal Palace (and how much fiction is set in this part of South London we wonder), and then moves across town to Clapham, Camden, Chelsea, Soho, Shoredich and more, still in hot pursuit of her lothario. Only she has teamed up with two rather handsome French brothers, Vic and Jean-Luc who make sure she gets to any given destination dictated of course by Mark’s whereabouts. On the way she picks up a broom (don’t ask) and this too accompanies her as she heads via clubs and pubs, raves and rants (and radgies – ‘The hoodies. The Rude Boys. The bruvvas” – who soon find themselves without their bikes after a few light fingers lift them to catch a bus, a justifiable decision in light of  an earlier encounter in the evening).

And it is at the South Bank, that the denouement comes.

This is a wonderful tour around London in the company of a very sassy young Sunny. Each area has a few gems. the reader can glean more about its individual history, which is just a lovely way to find out a bit more about the city…. Until the 16th century Soho was full of sheep and cows and Henry VIII converted it into a royal park, for example; Dalston takes its name from Deorlaf’s Tun (tun being an ancient word for farm); and Shoreditch was originally Sewer’s Ditch but saw the first ever playhouse in England built there in 1576… at a time when it was home to French Silk Weavers, subsequently reclaimed by theatre folk.

This is certainly a top candidate for some literary wanderlust around London.

And for more books to evoke London, just click here

The Institution by Helen Fields, locked room murder set in a high security facility, I recently read, and really...