The Strange Disappearance of a Bollywood Star by Vaseem Khan, mystery set in Mumbai. 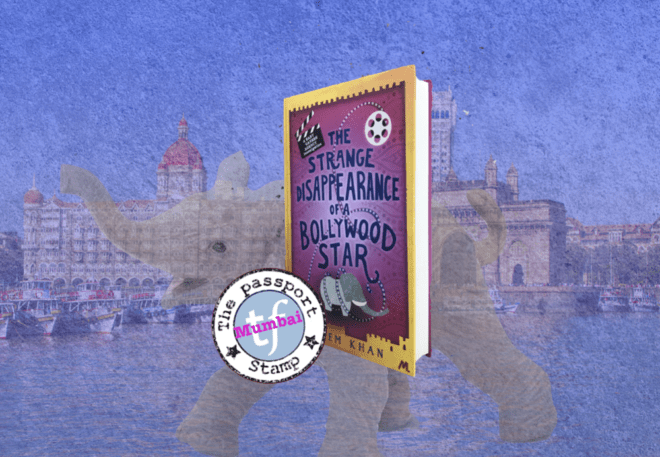 I can’t believe my luck at having just discovered this finely written and information-packed novel about Inspector Chopra and his sidekick Ganesha, a baby elephant. And I’m feeling even luckier to discover that the novel is part of a series starring the detecting duo.

Set in the sprawling city of Mumbai—a character in its own right in the novel—The Strange Disappearance of a Bollywood Star by Vaseem Khan takes the detective genre to rich new heights. I was captivated not only by Chopra and Ganesha, but by all of the characters swirling through the novel—from the haughty Bollywood legend Bijli Verma and her even haughtier (and soon-to-be kidnapped) son Vicky who is also a Bollywood star, to Chopra’s passionate and not-to-be-messed-with wife Poppy, to Chopra’s partner in the Baby Ganesh Agency, Rangwalla, who learns to confront and overcome his own prejudices, and to even the bit players like Malini Sheriwal, known also as Shoot-em-up-Sheriwal, who is another of Khan’s badass women characters definitely not to be trifled with—or she’ll shoot you.

The novel is not your run-of-the-mill detective mystery. For one thing, there’s Ganesha—a charming, intelligent, 200-kilo baby elephant who accompanies Chopra everywhere. Ganesha is not just a cute (and unusual) sidekick. He plays an integral role in helping Chopra with his investigations.

Every page of The Strange Disappearance of a Bollywood Star is dense with the sights and smells and sounds of Mumbai, fascinating insights into life in India, and insider information about the massive Bollywood film industry that produces over 900 films a year. Chopra is hired to investigate the kidnapping of mega-star Vicky Verma who disappears during the filming of the most expensive Bollywood movie ever produced.

Reading about the race to find Verma and his kidnappers made me lose a day’s work!

I can’t say I’m sorry. The hours I spent reclining on the couch and making the acquaintance of Chopra and Ganesha and following the various mysteries weaving through the novel to their satisfying conclusions were very well spent. I highly recommend this novel and can’t wait to read other installments in the series.

WE ARE CURRENTLY RUNNING A GIVEAWAY WHERE YOU CAN BAG A SIGNED COPY OF THIS NOVEL! MORE INFO HERE CLOSES 16 NOVEMBER 2019

#TalkingLocationWith…. Molly Gartland, author of The Girl From The Hermitage – St Petersburg and Moscow I spent the summer...

This Lovely City by Louise Hare, novel set in 1948/50 London. This delightfully penned novel will transport you back...

In the years BC (Before Coronavirus) TripFiction would receive invitations to attend book launches, physically, in the presence of...

Hamnet by Maggie O’Farrell, historical novel set in 16th Century Stratford, Warwickshire. The book opens with: In the 1580s...